Fly fishing in Cuba is far different from other destinations in the Caribbean. Only in recent years has this flats fishery been developed, and you are fishing waters that have not seen sport fishing for nearly fifty years. Cuba has given these pristine areas protection as Cuban National Marine Parks, where no commercial fishing is allowed other than for lobster. Flats fish like Tarpon, Permit, Bonefish, Snook, Mutton Snapper, Barracuda, and a variety of Jacks are found in incredible numbers and since the fishing pressure is so light in these areas the fish rarely encounter sport fishermen and are unusually easy to catch providing a great opportunity to further understand the population dynamics through surveys and tagging. 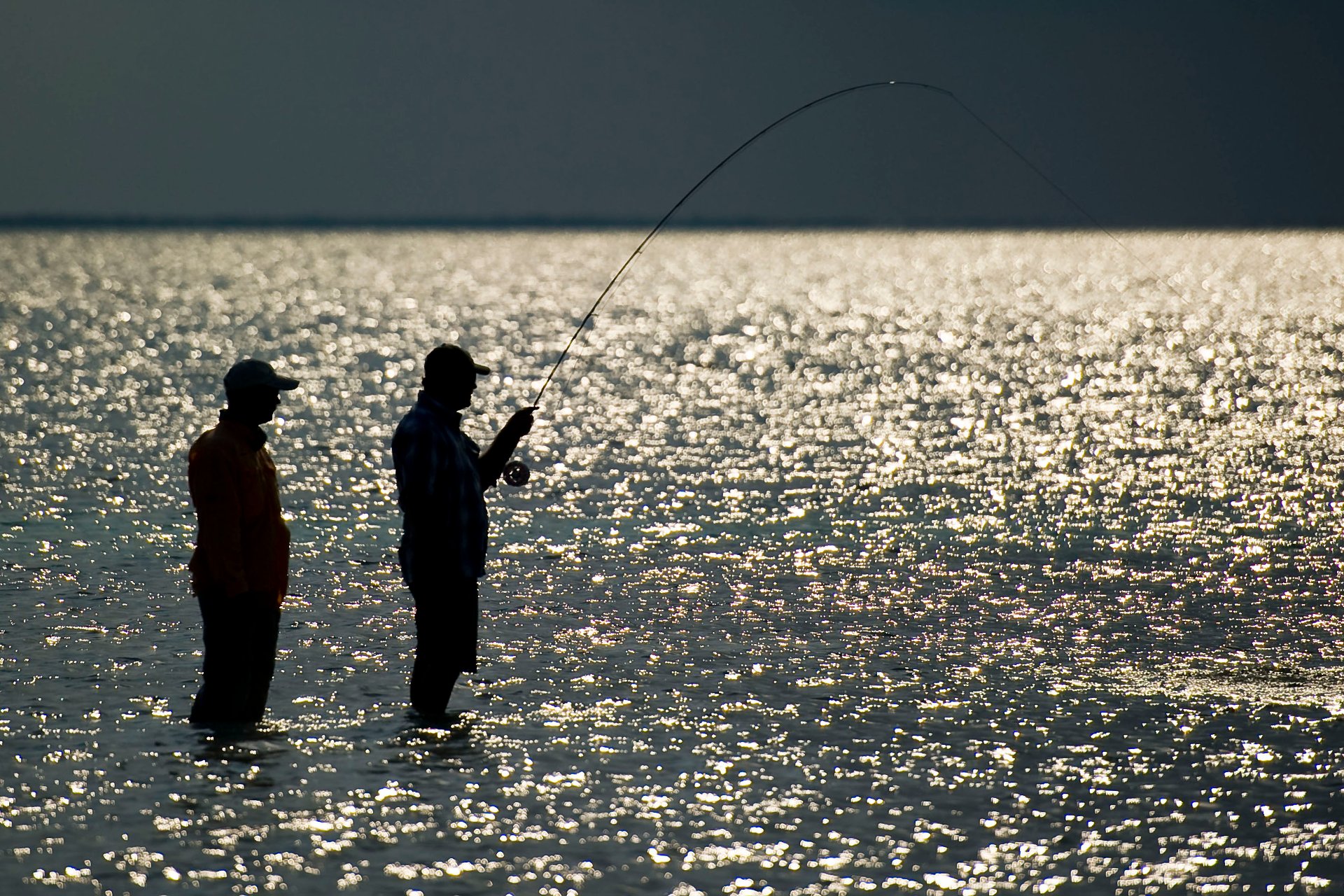 This vast marine park, which is bigger in size of the Florida Keys, is ideal for fly-fisherman who wish to live and experience this pristine archipelago from dawn till dusk. Here we offer more options to engage in our environmental projects and research more than any other destination.

Jardines de la Reina has been protected since 1992, therefore it exhibits an ecosystem in it’s full expression of the entire spectrum of flora and fauna.

JDR is full of everything – Tarpon of all sizes, Permit, bones, Jacks, Barracuda – you name it. JDR is the favorite research fishery for many anglers around the world due to the diversity in species and ability to positively affect the ongoing scientific initiatives while utilizing fly fishing as a sustainable research method.

Blue Sanctuary is one of the few non-profits in the world that can offer its humanitarian visitors and researchers the unique ability to fish in a completely exclusive marine park, free of commercial fishermen, nets or any skiffs or yachts from other companies. Think about the incredible possibilities of having all those nautical kilometers to yourself and being able to choose the species and the places you want to fish. Guests can expect the following species when fishing at Cayo Largo: Permit, Bonefish (large ones), Tarpon, Jack Crevalle, Barracudas, Mutton Snapper, Snooks, etc.. This flats environment is very different than those associated with reef archipelagos and therefore allows for diversity in the scientific programs, topics, and environmental projects.

Cayo Largo is in the South Central region of the Cuban Archipelago, and it’s one of the last virtually untouched eco systems left on the planet. With 17 miles (27 Km) of fine white sand beaches, the surrounding ocean produces a spectacular kaleidoscope of colors, from incredible shades of ocean blue to the stunning pastels of turquoise and green. When you arrive in Cayo Largo you will be surprised to find a natural environment that has scarcely changed over the last 1000 years due to the remoteness and proper sustainable management since the mid 90’s.

This marine park is located at approximately the same longitude as Havana and is the largest island to the south of mainland Cuba. Isla de Juventud is the largest island in the Canarreos archipelago and is an exceptional destination for tarpon fishing and research due to it’s remoteness and variety of habitat.

The conservation initiatives in this marine park have been in place since the mid 90’s and we have seen an incredible rebound of fish populations and unbelievable tarpon fishing every single season. The remote areas of the Canarreos archipelago are reached by live aboard vessel only. There are no inhabitants in these islands and due to our continued occupancy and success in fishery management, the tarpon, bonefish, permit and snook are well protected and exhibit characteristics of a completely un-pressured fishery and ecosystem. Come enjoy the best tarpon fishing in Caribbean with us and get a chance to better understand the dynamics of this incredible fish through hands on research methods.

Located on the north shore of the eastern province of Camaguey, the Cayo Romano fishery is an enormous system of flats, lagoons and pristine estuaries. Located in Jardines del Rey, commercial fishing within this designated area is strictly forbidden and rigorously enforced. The fly fish only area is 366 square kilometers in size, meaning that on the average day, each research vessel has over 50 square kilometers to itself. The fishing area is virtually untouched and represents one of the cleanest and most biologically diverse ecosystems we’ve ever fished. With continued patrols and enjoyment by our humanitarian visitors, Cayo Romano will remain a pristine ecosystem with a plentiful amount of fish happily swimming the flats without worry.

GARDENS OF THE KING

Cayo Santa Maria is one of the keys part of Buenavista Bay Biosphere Reserve of UNESCO since year 2000.

Gardens of the King (GOK)- Cayo Santa Maria is characterized by migratory tarpon fishing from March to August. It’s called by many the best big tarpon fishing destination in Cuba, nonetheless you have bonefish, ´cudas, jacks and other saltwater species. Quality of fishing has increased and with our new management and developments focused on the marine life preservation, research and control for a “good health” ecosystem, that allow us better fishing with the hands of conservation.

Cayo Paredón it is located in the province of Camaguey. Camagüey is the easternmost, largest and flattest province in the center of Cuba. It has a few mountains and is flanked by the two biggest archipelagos in the country: Sabana-Camagüey also known as the Jardines del Rey to the north, and Jardines de la Reina to the south.

Cayo Paredón is a tiny island of only 8.7 km2 located in the middle of Gardens of the King Archipelago. at the north we have Cayo Coco City and over it our Gardens of the King operation at Santa Maria Caye. Down south we are neighbors with Cayo Romano, the famous north coast Permit fishing area.

Years ago it was inconceivable that the people living in the Zapata Swamp, a UNESCO recognized biosphere reserve in western Cuba, would one day stop using the forest here to make charcoal, extract precious wood, or hunt crocodile and deer.

In 2000, UNESCO – the United Nations Educational, Scientific and Cultural Organization – declared the wetlands, which occupy the entire Zapata peninsula and surrounding areas, a biosphere reserve. A year later, the Ramsar Convention included it on its list of wetlands of international importance. In 2003 Ciénaga de Zapata has been declared a World Heritage Site. The Ciénaga de Zapata, in the province of Matanzas, it is the best-preserved wetlands system in the Caribbean islands.

Sparsely populated and zealously protected, most of the region lies within the Ciénaga de Zapata Biosphere Reserve. The Parque Nacional Ciénaga de Zapata is similar to the Everglades National Park in Florida. The vast wetland ecosystem supports many important species and diverse habitats. This unique setting is home to many plants and animals found nowhere else.

It is an extensive ecosystem made up of mangrove forests, keys, seagrass beds, coral reef barriers and deep reefs, including the Cazones Gulf, a deep underwater canyon that is the main recruitment site of important commercial species such as porgies and groupers. The conservation status of coral reefs in the area is most remarkable. It comprises an important system of gyre-like currents.